In the last chapter, we discussed some of the concepts that make the WAN work, we briefly described some of the protocols in the WAN. In this chapter, we will discuss serial links and the physical connections we use. We will then explore the default encapsulation on CISCO routers which is HDLC and finally discuss how to troubleshoot a serial connection.

The figure below shows the difference between serial and parallel transmission of data. 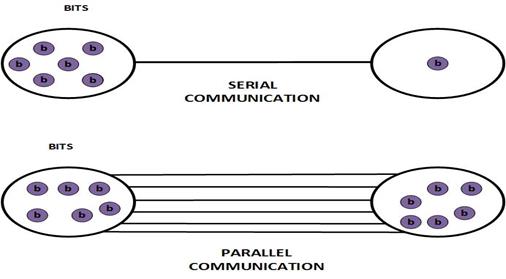 In our example above, the parallel line can send 6 times as many bits as the serial connection therefore it is theoretically faster. The reason as to why this is the case is due to the fact that parallel communication need clocking to synchronize the arrival time of the bits. The stream must wait until all bits arrive for a full byte to be transmitted.

Communication over serial connections requires fewer cables and wires as compared to that of parallel communications. These cables are also better insulated from noise and other forms of interference.

With parallel cables, the bundling can cause crosstalk and noise.

In the previous chapter, we briefly discussed the various types of connectors used in the WAN. In the previously section we have seen that serial connections are less vulnerable to crosstalk, and since they require less wires, they are cheap to implement. This makes them ideal for WAN communications.

The different standards used in serial communications use one of three standards when connecting LANs to the WAN. These are described below. 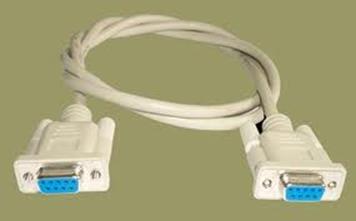 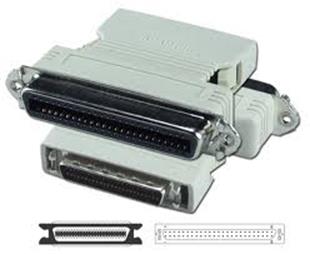 Time division multiplexing is a technique employed in serial communications to split the bandwidth into slots so that simultaneous communication can happen between several devices. It was a technique first employed by Bell Laboratories to maximize the amount of voice traffic carried over a medium. Prior to the introduction of this technology, telephone calls required dedicated physical links from the source to the destination which was expensive to implement.

In the figure below, we have demonstrated TDM using three conversations over a network, web browsing denoted by “H” voice traffic denoted by “V” and video conferencing denoted by “C”. Notice that the medium is not only carrying one type of traffic, rather it is splitting the communication streams. The recipient rarely sees this happening since the communication is reassembled at the destination.

In serial transmissions, the use of TDM is used as a way to use the bandwidth more effectively. With this communication, the data is reassembled by the destination device.

When the source sends data, the data is split according to the type of protocol as shown above. The data is then transmitted in slots over the physical medium. When the data reaches the destination, the destination device reassembles the data into the specific protocols.

NOTE: in the above example, voice has been given first priority then video finally http data. This is typical in communication and it a principle under QOS (Quality Of Service) this will be discussed in more detail at the CCNP level and above.

The communication through the WAN is through the DTE and the DCE device. A serial link is usually made up of two DCE devices at each end. The DCEs connect to DTEs in the remote LAN networks.

The DTE is usually a router or similar device. This is usually the source of the information at a layer 2 perspective. The DTE usually sends the data to the DCE.

This is illustrated below.

NOTE: a CSU/DSU converts digital signals into a form that can be understood by the DTE, in analog signals, a modem is used as a CSU/DSU. In our labs, we do not use the CSU/DSU rather we simulate them using the V. 35. Serial connection with one male side as the DTE and the female side as the DCE.

In the WAN environment, we need to specify the particular protocol that the DTE should use. This is so as to make sure that the frames that are sent over the WAN link are correct. The choice of WAN protocol can be determined by a couple of factors.

Below, we have described the various WAN protocols that we will cover in this course.

This protocol is defined by ISO and it is therefore an open standard. HDLC uses synchronous serial transmission for error free communication between two devices.

HDLC is the default serial links layer 2 protocol and it is enabled by default. However, to configure HDLC on a router’s serial interface, the command: “encapsulation hdlc” is all that is needed.

To verify the encapsulation type on a CISCO router, the command needed is:

The output should show you the encapsulation type as shown in the output below highlighted in red. 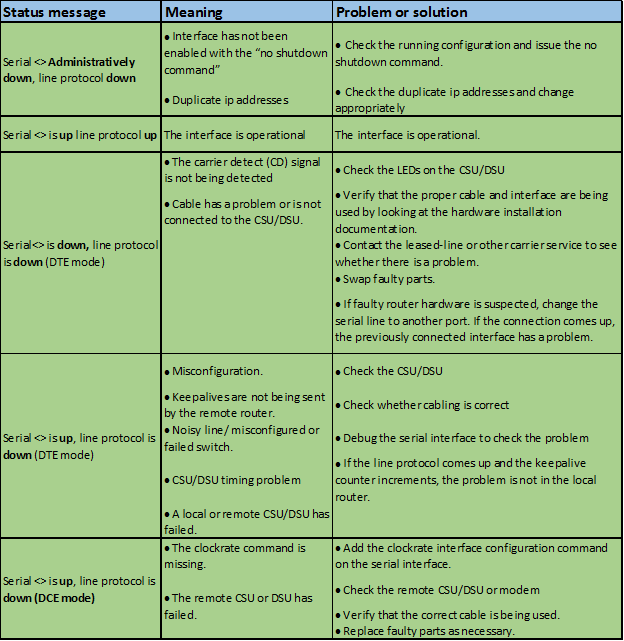 NOTE: these steps are very vital in passing the CCNA exams and are often asked, therefore it is imperative that you understand each message and the problems associated with it.

In this chapter, we have discussed serial interfaces in detail, we discussed how communication over serial links works as well as the types of serial links. We discussed the use of the DTE and DCE and then we looked at the default WAN encapsulation on CISCO routers which is HDLC. We finalized by learning how to troubleshoot serial interfaces. In the next chapter, we will look at the second serial connection protocol which is PPP (Point-to-Point Protocol).